The company Deltro Soluciones de Energía SA will soon operate in Cuba focused on the development, construction, installation, operation and commercialization of electrical energy in photovoltaic solar parks on the island, they announced here today.

This Friday, that company -of totally foreign capital- was officially registered in Cuba through a virtual ceremony where Deltro Group executives in Toronto and the representatives of the consulate of the Caribbean country in that city, Tania López (consul general) and Beatriz Jorge participated. (consul). The attorneys, officials and directors of the Cuban Electricity Union (UNE) and the island’s Ministry of Foreign Trade and Foreign Investment also attended.

Deltro Soluciones de Energía SA, a Barbados company with representations in Canada and other countries, will contribute to the operation of at least 19 photovoltaic solar parks located in eight Cuban provinces, according to authorities in the largest of the Antilles. Established in 1987, Deltro began its renewable energy expertise in early 2012 as an electrical contractor for a ground mount photovoltaic solar power project in Canada. Over the past four years, they note, they have grown in that area and now offer a full suite of services in the renewable energy industry.

For its part, Cuba is currently showing favorable results in the use of photovoltaic energy, a program that allows saving fuel, protecting the environment and moving towards energy independence. This is how Ovel Concepción Díaz, who is director of Generation with Renewable Energy Sources at UNE, recently reported on the television program Mesa Redonda. At this time, he said, more than half of the fossil fuel used to generate electricity in Cuba is imported, hence the need to increase the participation of these alternatives. The Caribbean nation, he stressed, has a high potential in wind, solar, sugarcane and forest biomass, and in hydroelectric plants, which have the advantage of being inexhaustible and not polluting the environment. 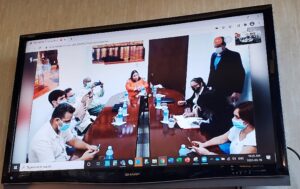